Situation: The client purchased the site to develop as a retail nursery. Between 1960 and 1973 a portion of the site had been used for putrescible landfill. Subsequently, it had been a nursery, treated-timber storage facility, lattice gate factory, mechanical repairs shop and scrap metal yard.

Based on its varied history, the site is likely to be impacted with many different types of contaminants whose toxicity, physical properties and spatial characteristics may vary considerably.

Geo-Logix was engaged to identify the contamination issues that would require remediation and/or management so the business could develop the site.

Action: The site investigation and assessment has been taking place over a number of stages.

Geo-Logix was involved in a range of investigations including:

*Flammable gases were accumulating at significant concentrations within the landfill cells to pose a potential risk to buildings.

From the initial investigations, Geo-Logix considered the site unsuitable for commercial development in its current state and recommended developing a Site Conceptual Model (SCM). An SCM identifies contaminant issues and possible exposure pathways to human and environmental receptors. An SCM focuses future investigations on evaluating whether the potential impacts are likely to occur.

Geo-Logix completed an SCM of the former landfill in March 2012. The model identified a number of potential contaminant transport mechanisms and exposure pathways requiring additional assessment.

Subsequently, Geo-Logix prepared a Sampling Analysis Quality Plan (SAQP) detailing the assessment works required to adequately characterise the contamination status of the site and to assess the viability of redevelopment.

This stage of the investigation is pending. However, the scope of work proposed by Geo-Logix involves:

Result: Geo-Logix undertook initial investigations of the landfill site, developed a Site Conceptual Model and prepared a Sampling Analysis Quality Plan. Geo-Logix concluded the site was not suitable for commercial development in its current site and recommended further investigations. 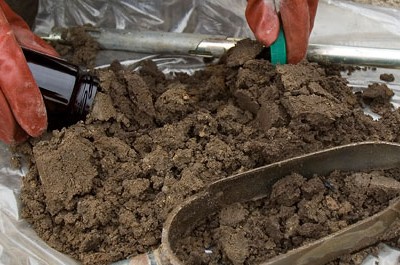